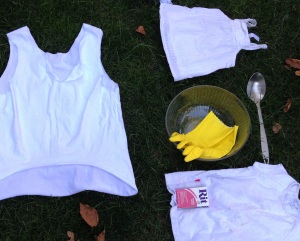 I ran across a blog post today on how to dye a shirt. Inspired! I’ve had a packet of Fuchsia RIT dye sitting on my dresser for awhile now. I bought it to give new life to one of my favorite blouses that’s seen better days. But fuchsia? I just wasn’t sure. It’s so, well… it’s so pink. So I thought I’d try it out on someone else’s clothing first… like maybe the girl who makes me read her Pinkalicious books every day. She seemed like someone who’d be up for dying some things pink. So we rounded up a couple of her dingier white shirts and got to work.

I wanted to make something too, something cheap that I could experiment a bit on before moving on to more expensive items in my closet. I grabbed a plain white t-shirt, mens XL, and took some scissors to it with the goal of making a bathing suit cover up. An ombre tank top that is longer in the back. 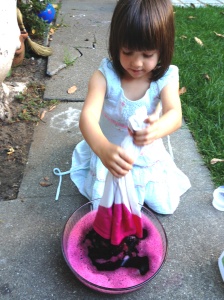 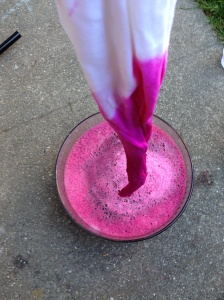 Here’s How:
I followed directions on this Anthropologie blog post.

My Learnings:
– It’s easy & fast! Doing the entire project took less than 30 mins.
– It’s not that messy, even with a six and four year old participating.
– The dye absorbs quickly! So if you want an ombre effect, it’s hard to get a really light shade. I think next time I might try having two bowls, one with more diluted dye for the lighter part.
– I had left the top of my tank white but, even after rinsing well, the pink bled onto the white leaving it splotchy. Not sure what would have helped here, maybe a longer rinse.
– I will dye clothing again. It was super easy and gave new life to old garments. 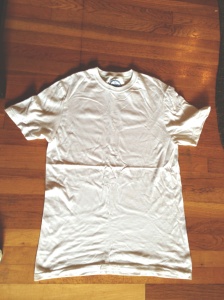 Men’s T-Shirt stolen from my husband. 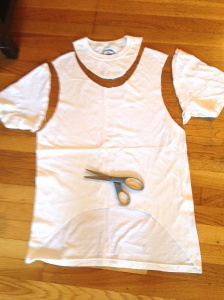 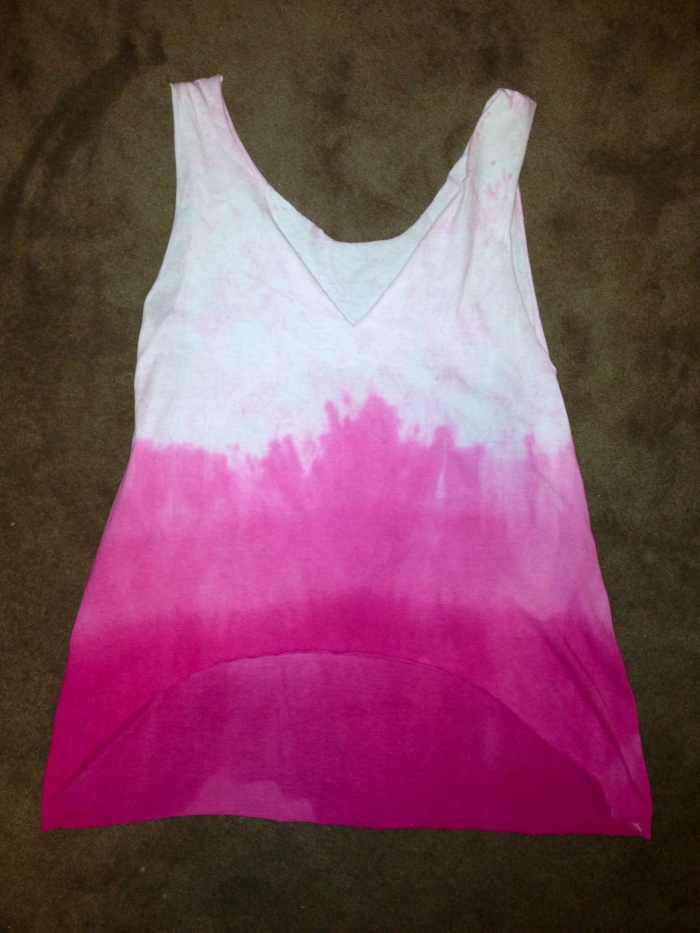 The finished product. Not as sharp as I wanted, but will do as a pool cover up. 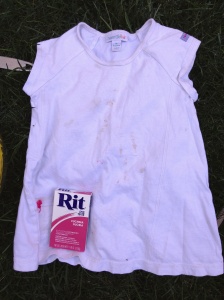 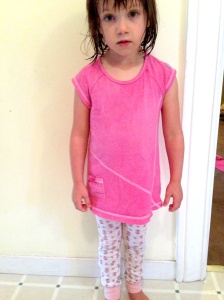 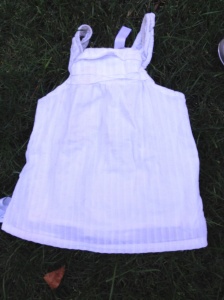 BEFORE – I wanted ombre, messed up, dunked the entire thing. 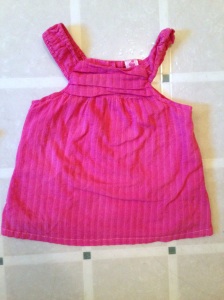 AFTER – I wanted to ombre this but messed it up so just dunked the entire thing.

Oh, incidentally Jack’s favorite color is pink though he won’t actually wear it. Peer pressure at six. crazy. He did dye some socks but the material didn’t hold the color well in the rinse out phase so he moved on to other activities.